Centers of Learning and Growth

Lancaster High School has a long-standing legacy as an institution that puts students first, thanks in large part to Principal Cesar Marchioli. Now he is passing the torch to Michael Candella, who aims to uphold that tradition and build upon its strong foundation.

Mr. Marchioli began his career in Lancaster as a social studies teacher in 1990 and became an administrator in 2007. Under his direction, LHS has maintained the student leadership that Lancaster is recognized for and expanded opportunities for students in and outside of the classroom.

“It has been both a privilege and an honor to serve as the leader of this school. I am proud and humbled by what we have done for education and preparation of young people to be adults,” Mr. Marchioli said. “Anytime I had an impact on students, those are my proudest memories. After announcing my retirement, I have received many cards from former students. To know that they remember you fondly is a supreme compliment.” 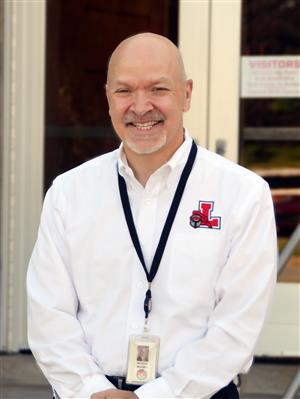 He said he is leaving the district in good hands with Mr. Candella and the 250 staff members at LHS who are committed to doing their best for students every day.

Mr. Candella is no stranger to LHS, starting in 2017 as the Career Development and Occupational Studies (CDOS) Coordinator before taking on the role of Lancaster Alternative Program (LAP) Coordinator and then Assistant Principal of Curriculum and Instruction.

“Each of these roles and programs were advanced under Mike’s leadership,” said Andy Krazmien, Director of Secondary Education. “Mr. Candella is a student-centered leader, who believes decisions, programs, processes and everything else in between are made with students in mind.”

The new principal expressed the huge impact that Marchioli has had on him and drew many parallels between their backgrounds and leadership philosophies.  The most important, he said, is their shared motto, “It’s all about the students.”

“Cesar and I come from similar backgrounds. We came from the same area in the city of Buffalo, just 20 years apart. We both had parents who worked hard for better options for themselves and their kids because they wanted us to live up to our full potential,” Mr. Candella explained. “Every day Cesar did right by the kids; that has been his guiding star and it is mine as well. You never give up and never stop when a decision is made in the best interest of students.”

The empowerment of students as leaders is what impressed Candella most during his first month at LHS.  He noted the extracurricular and instructional offerings at Lancaster High School provide every student with an opportunity to pursue their interests. That student ownership of the high school experience coupled with the phenomenal staff are what makes LHS one big family, according to Mr. Candella.

“The students are integral in every decision, program, policy and more. It is unlike anywhere else, and it is all because of the responsibility the students take in the school. The faculty and staff work hard for students and are immersed in the district as well,” Mr. Candella said. “This is a recipe that is impossible to replicate without all of the ingredients that we put in at Lancaster High School.” 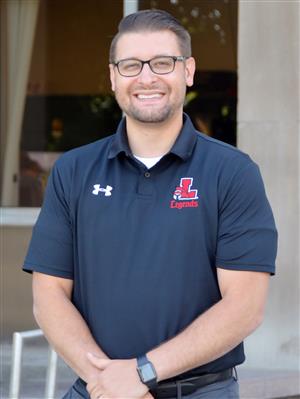 Two children in particular are a motivating factor for Mr. Candella – his three- and five-year-old daughters. Being a parent in the district is further incentive for his commitment to uphold the dedication and values the school community has come to expect.

In perfect harmony with his school counseling background, New York State initiatives are promoting social emotional learning (SEL) and civic readiness. He said he hopes integrating these initiatives into the curriculum will have a long-term impact on students’ personal growth in the years to come.

As for Mr. Marchioli, who’s impact will live on long after he walks out the door for the last time as an administrator, he will always be a part of the Lancaster School community. In fact, you might just see him on the sidelines of a Legends game in the future!